Although the project covered a different insight, the goal of buying products from abroad to Cuba residents turned into a more urgent and human need –to communicate. That’s actually the main part of it: loving, caring, sharing and keeping in touch. And, of course, making the ones you love happy.

Qbachat was initially conceived as a gift cards store. The main vision was creating a platform from where expatriated cubans could purchase goods and services for relatives and friends to be delivered in Cuba.
One of the main richness sources in Cuba is remittances from the US and Europe. But Cuban people can hardly access some of the services offered to tourists such as restaurants, hotels and leisure activities. The store would let people send gift cards from abroad which could be redeemed in Cuba. This way merchants would trade directly with users abroad –without need of a selling platform– and also Cuban people would enjoy some of the exclusive services. The payment guarantee was the main benefit all along with the currency exchange service and a complete online store, marketing actions and visibility.

After a first insight we realised that the main approach would need a huge economic effort to deal with merchants in Cuba and to develop a complete working store.
On one side, there was a tough conversation with merchants, which revealed the system to be more complex than designed at first, related to payments, promotion and admission.
On the other side, we needed to deal with a marketing strategy and commercial agreements in order to engage potential customers and merchants with zero investment and just a superficial resource.

That’s why we decided to start things from a different focus –developing a messaging app which will provide to us a critical mass to negotiate and get some funds to lead to more ambitious goals.

Finally the project pivoted to one of the branches we considered just useful yet not priority at the beginning –a chat app to share the gift cards. The differential feature would be that it’d be supported by email instead a live chat relying on an internet data connection.

The lack of broadband connection infrastructures in Cuba has created a network of services around offline internet services. Contents are downloaded from basic internet connections and distributed through physical media at some unofficial providers. As people access internet connection from limited low-speed wi-fi spots chat apps aren’t totally supported. Thus messages apps like iMessage, WhatsApp or Facebook Messages aren’t widespread and it was necessary to find an easy way to connect. Email was the solution.

My mission was developing a UX and UI environment for an app which joined a rich content messaging app –involving pictures, sounds and text– and a gift cards store that could be used to recharge phone data or to recharge prepaid internet connection.

The main point was translating into a mail based app all the experience that you could find in chat apps, making transparent and seamless to the user the lack of a permanent connection.

The look and feel, content management and overall interactions should fill the gap between a complete chat app and the mail based app.

First things first. We defined the environment and technological specs and researched about the key experience points when using a chat app. That unveiled that if we wanted to succeed there were two things on which we needed to pay more attention: latency and contact/content management.
Latency was a high hurdle considering that downloading content would be slow and sometimes a drag.
We decided that this messaging app should keep the standard chat app design guidelines: bubbles and rich content. But the gesture of sliding down to download messages should be present all the time.

About content, we needed to upload or download it the same way we do in regular chat apps –featured thumbnails for images and pictures and audio recording. All in all, the design was the main thing in this app.

As a part of it, the app’s real core, we needed to present gift cards store. The gift card store was one of the differential features in the app and the main expected return of investment sources.

Although it ended incomplete due to the lack of investors and help to develop the whole solution, the UI framework and guidelines were designed and my labour shined as bright as we expected.

As a result we achieved a consistent UI and UX framework that could be applied to apps, a strong visual identity and fully detailed flows.
The project was cancelled after months of hard work, although it produce a nice work and a complete experience and resources that may be applied in future. 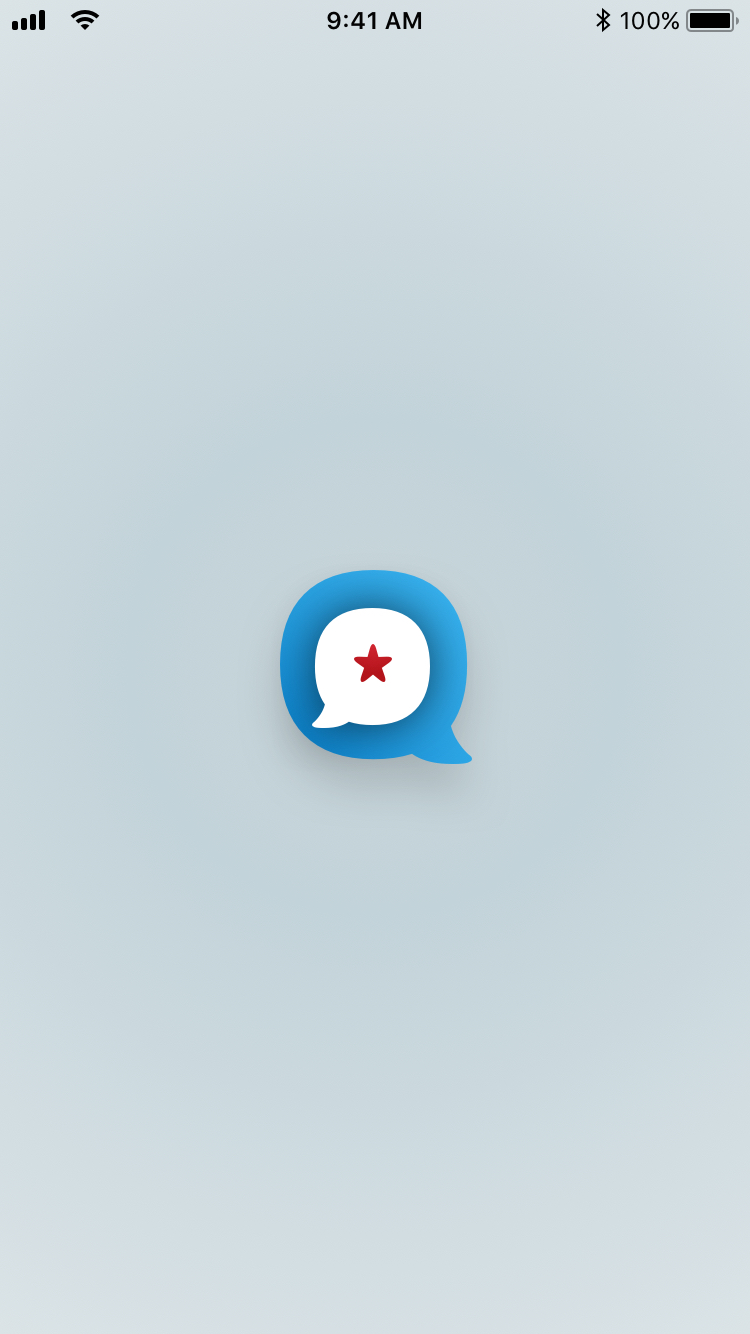 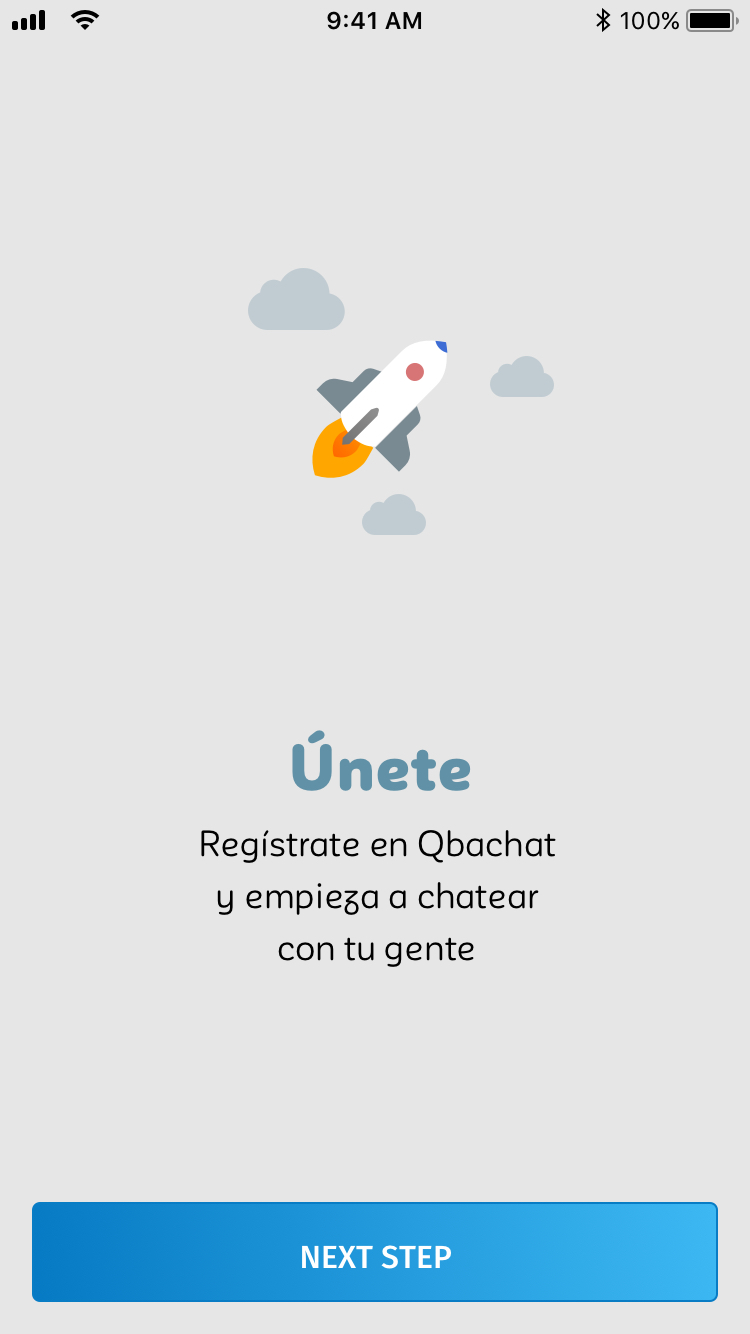 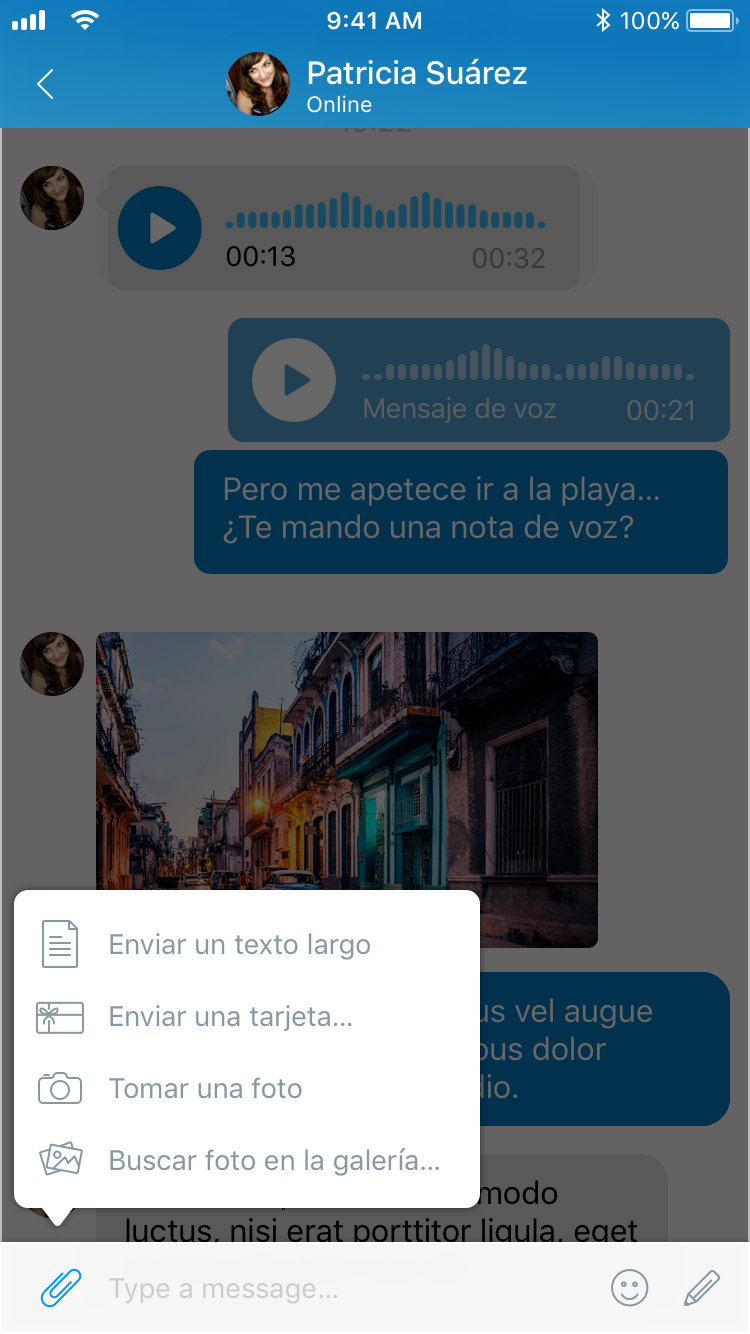 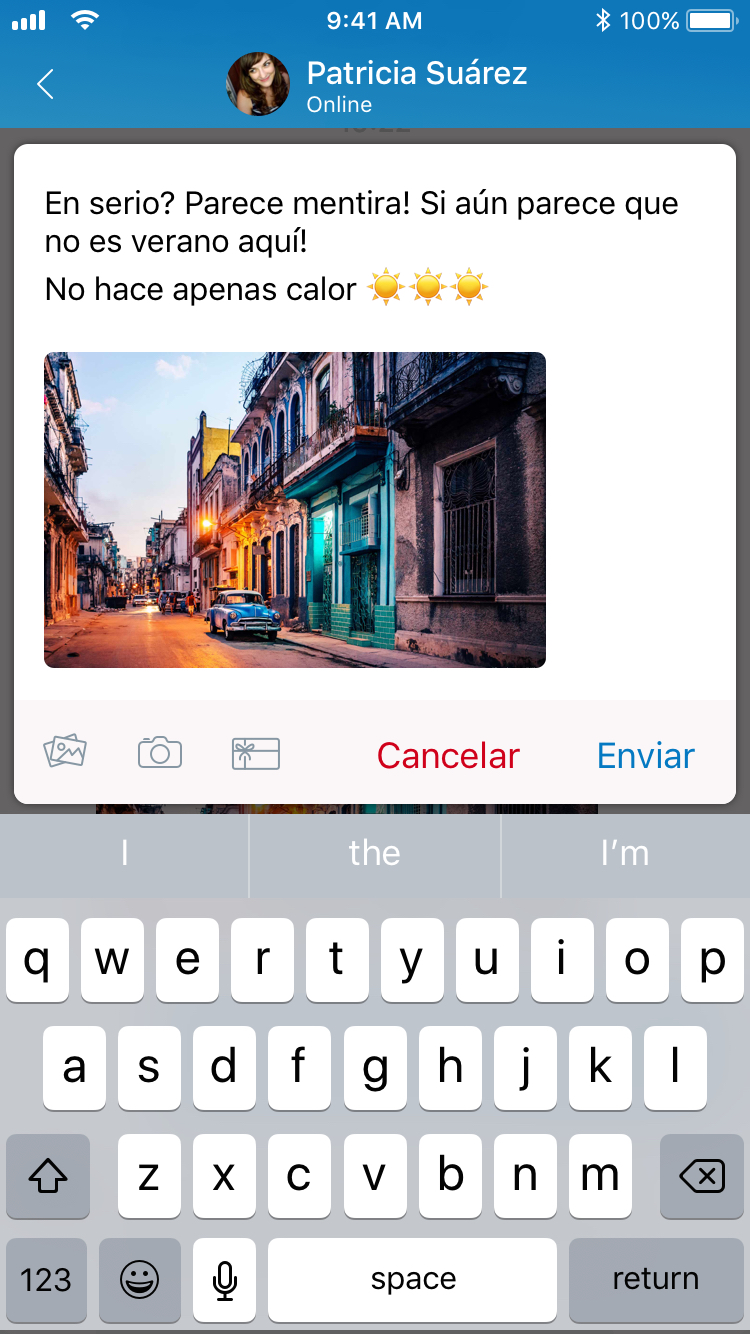 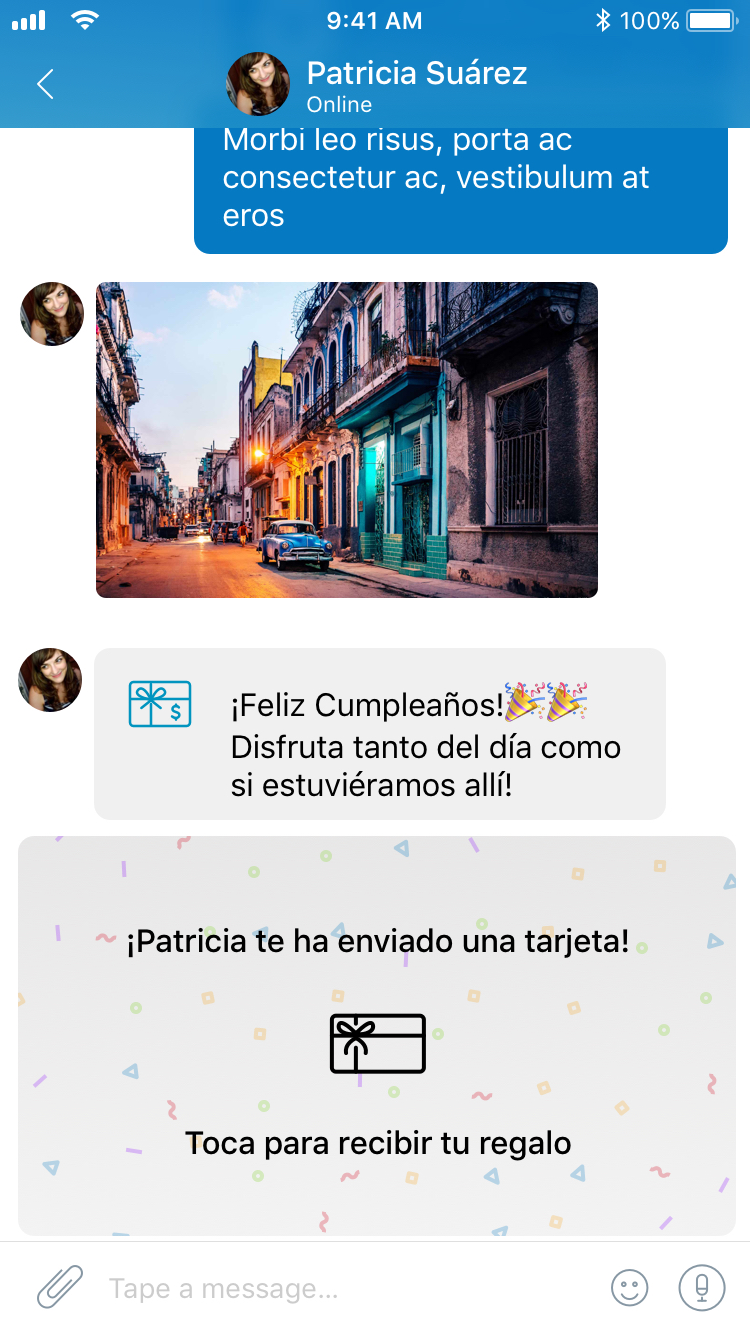 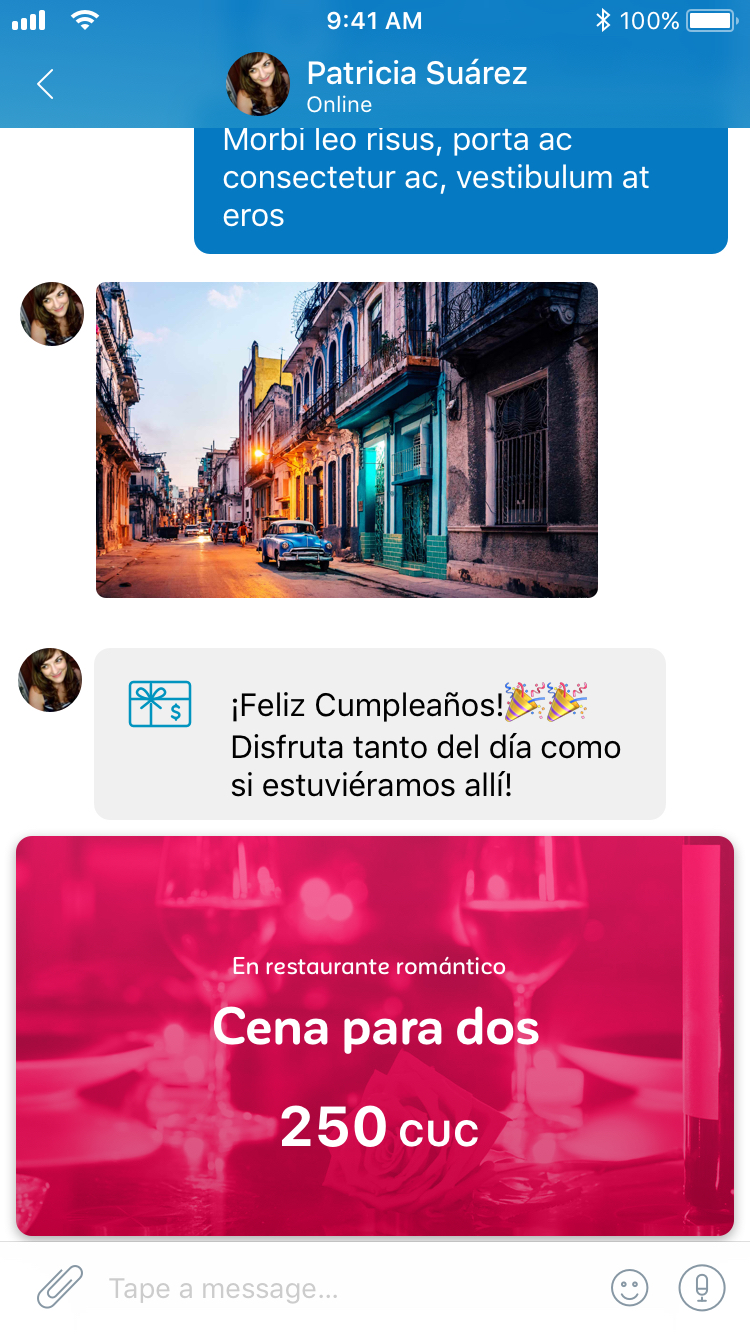 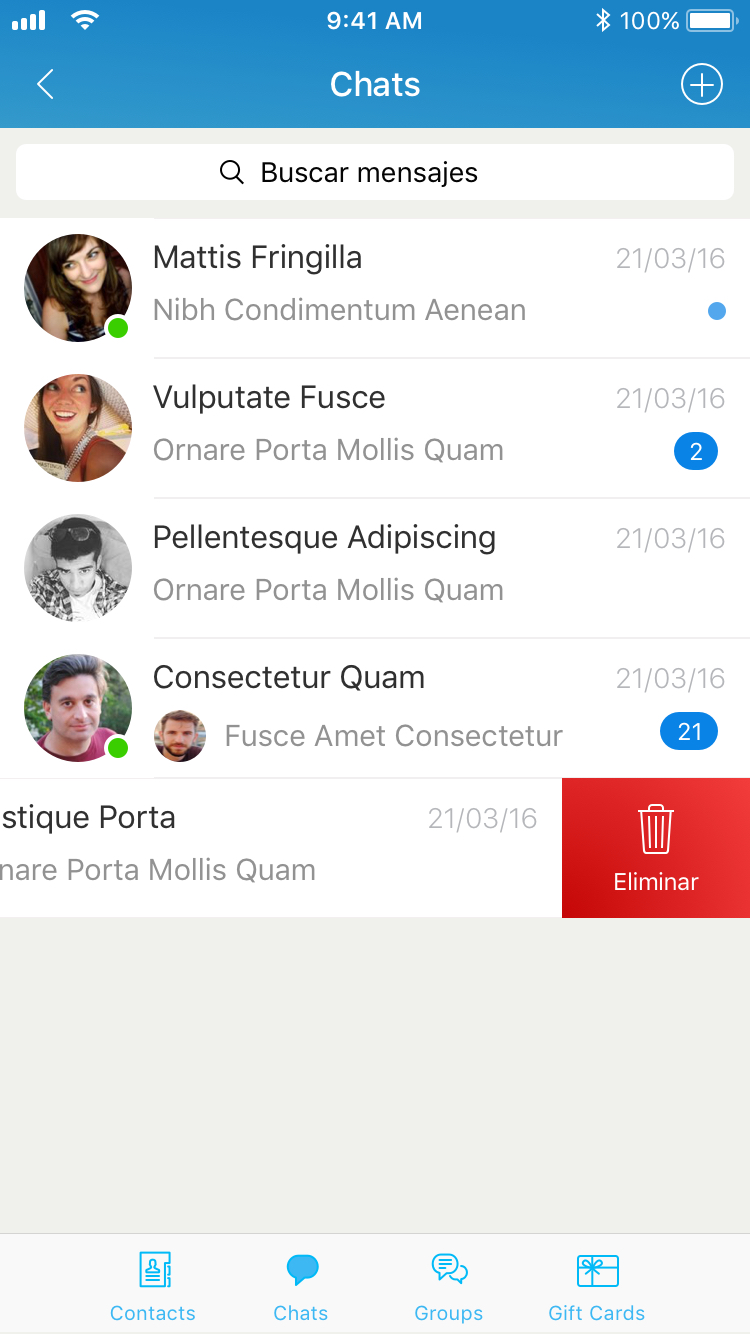 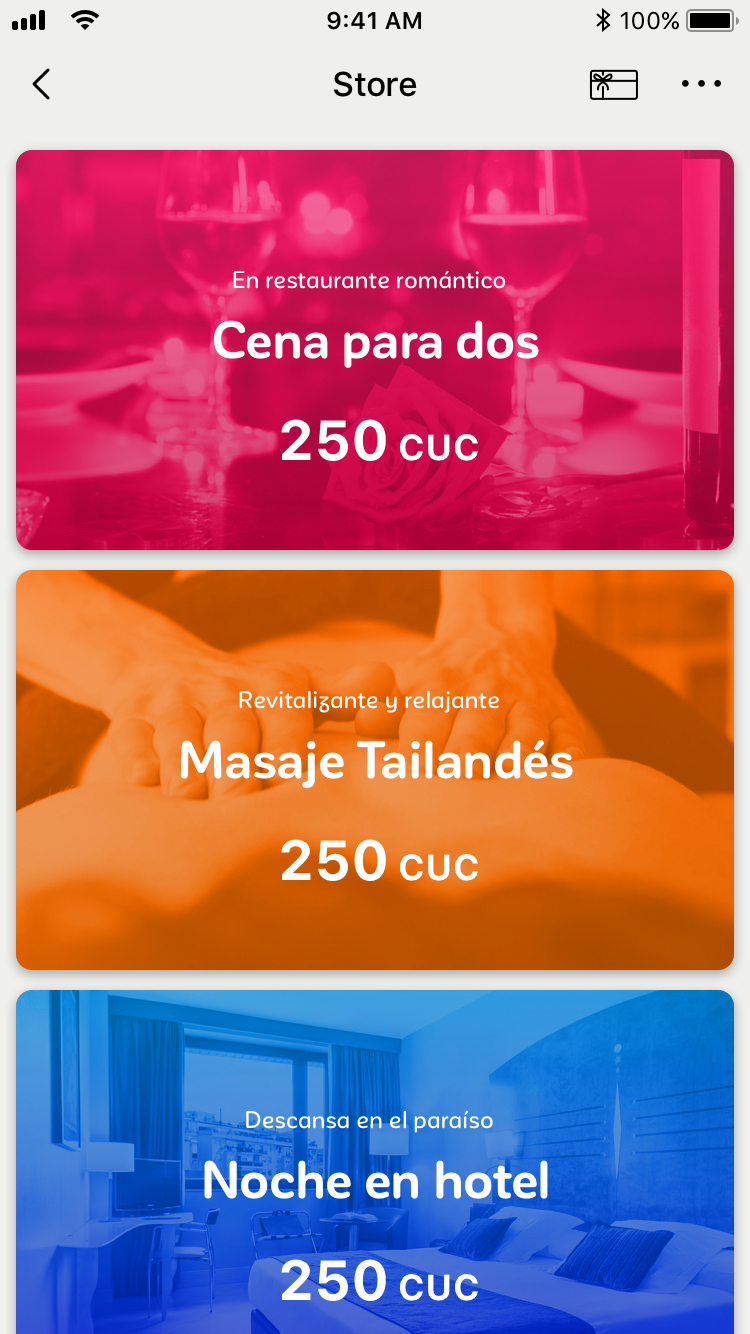 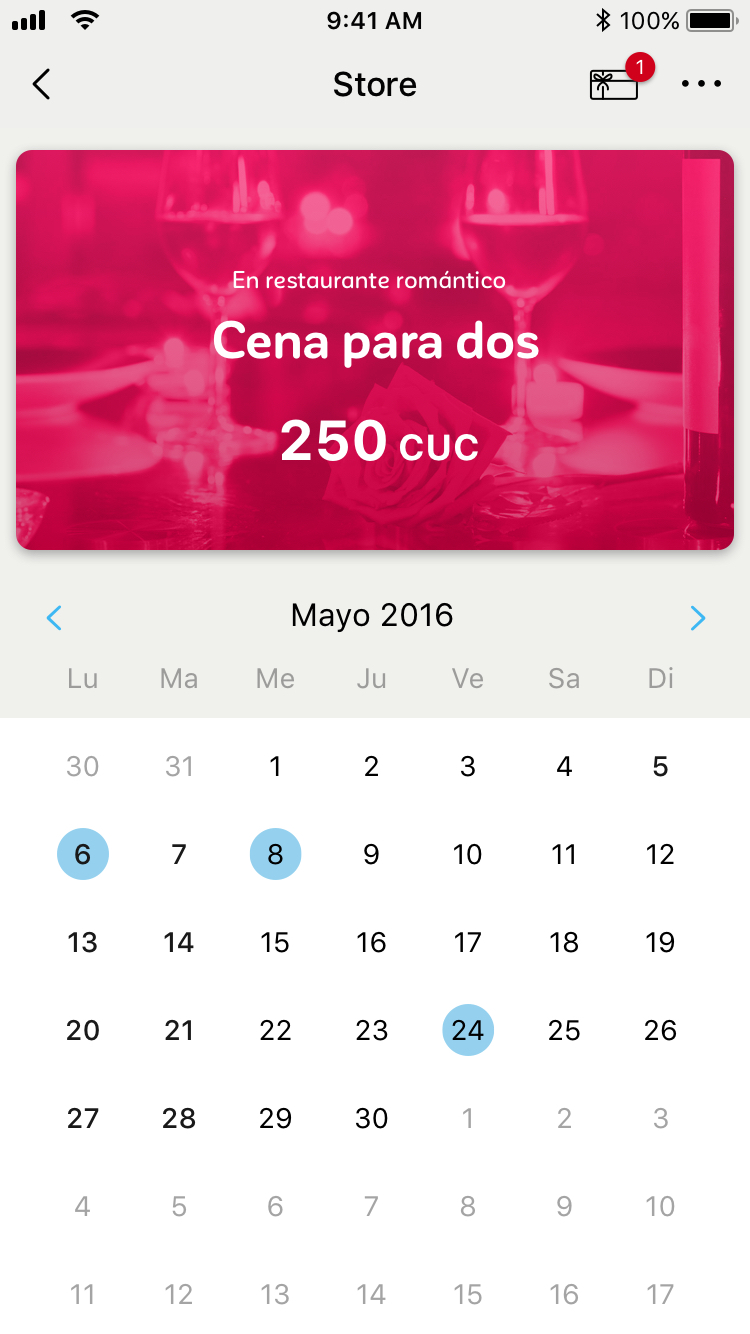 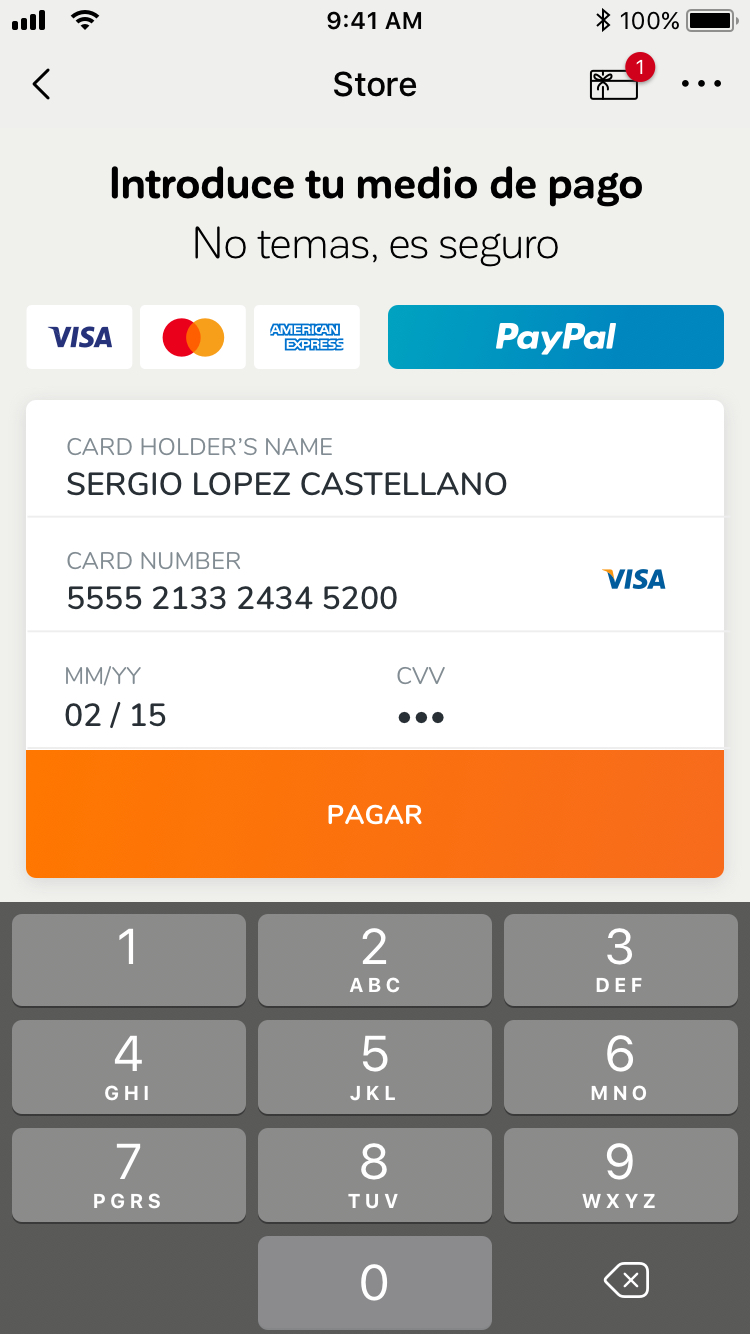 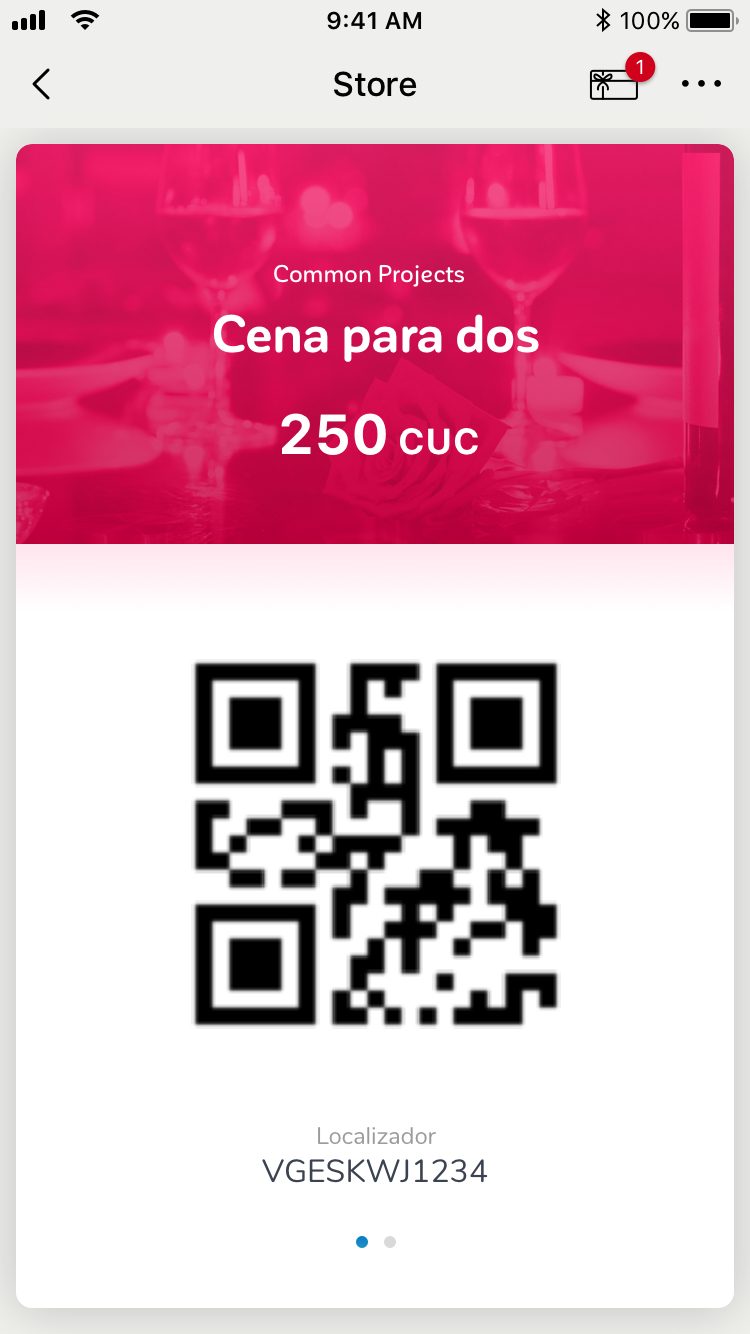